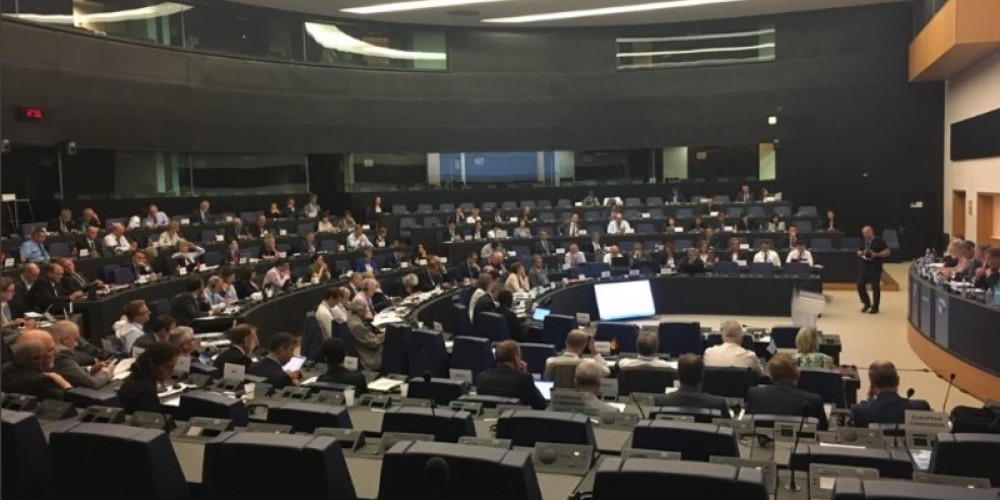 Serbia recognized for its significant role

The 36th plenary session of the ECAC (European Civil Aviation Conference) was held in Strasbourg with the noteworthy participation of the Republic of Serbia, represented by Mirjana Čizmarov, Director of the Civil Aviation Directorate of the Republic of Serbia. Directors General of the 44 European Civil Aviation Conference (ECAC) Member States met with representatives of ICAO, the European Commission, EUROCONTOL, EASA, IATA, to discuss current issues in international civil aviation and adopt the work program and budget for the next three years.  President of the ICAO Council Olumuyiwa Benard Aliu, as well as ICAO Secretary General Fang Liu, Ukrainian Infrastructure Minister Volodymyr Omelyan, Director General for Transport and Mobility of the European Commission Henrik Hololei, and IATA CEO and Director General, Alexandre de Juniac addressed the auditorium of the plenary session. The Civil Aviation Directorate of the Republic of Serbia played an important role in this session, through Mirjana Čizmarov`s participation in the panel sessions on the topic: "Aviation Security and Facilitation", together with the Directors General of CAA of Italy and the United Kingdom. Participants at the Plenary Session agreed that promoting safe, secure and sustainable air transport is the most important mission of the European Civil Aviation Conference, adding that panels on aviation security, facilitation and ATM were of a particular benefit.