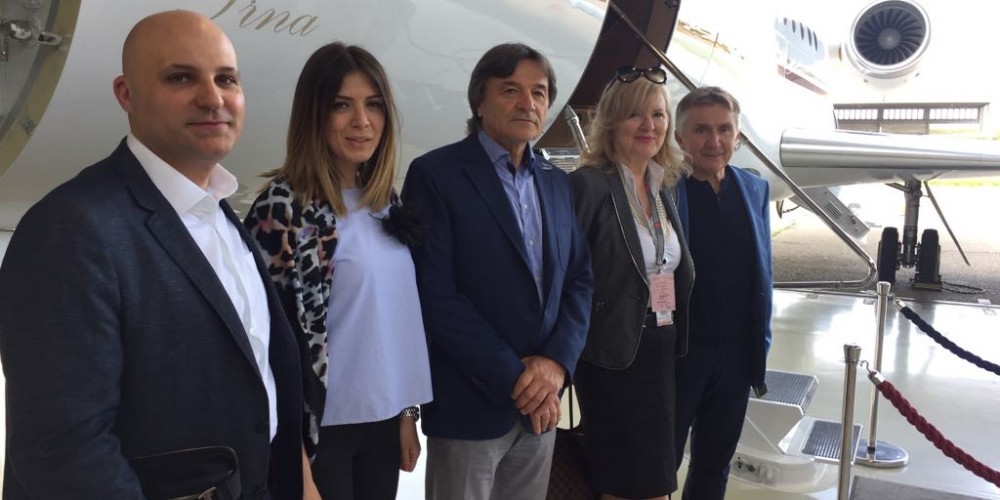 The delegation from the Civil Aviation Directorate of the Republic of Serbia, headed by the Director Mirjana Čizmarov, visited the "Prince Aviation" airline.

On that occasion, the hosts from the airline welcomed the representatives from the Directorate in the most cordial atmosphere, presenting their business operations and describing their corporate infrastructure, including the fleet where one of the most state-of-the-art aircraft today, Falcon 2000LXS, stands out.

This visit by Director Mirjana Čizmarov with the peers from "Prince Aviation" airline is the first in the series of planned visits to all training organizations, as well as other general aviation stakeholders in Serbia.