Nikola Tesla airport, Belgrade, opened the new staff “D” Gate ready for US flights. The national carrier Air Serbia is to open 150 new job opportunities, said the Serbian Prime Minister Aleksandar Vucic.
With the presence of Zorana Mihailovic, Deputy Prime Minister and Minister of Construction, Transport and Infrastructure, Mirjana Cizmarov, Director of the Civil Aviation Directorate of the Republic of Serbia, and Sasa Vlaisavljevic, acting director of the Belgrade Airport, the Prime Minister officially opened the new “D” Gate for the passage of vehicles to the security restricted area, which is one of the three key points when the security of US-bound operations is concerned.  He said that this was the weakest point on the security controls side which needed remedial action to be taken, since the US-bound flights are to be under more stringent security measures.
Mihailovic reminded that the opening of the “D” Gate was one of the crucial requirements for the Belgrade Airport to be granted US flights.
The airport is ready for direct flights to the US, while Serbia will be the only country in the region with the airport that will be used for the same.  Mihailovic also expressed her hope that the passenger number at the airport will increase. 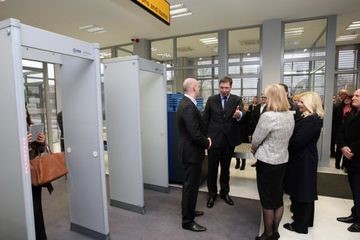 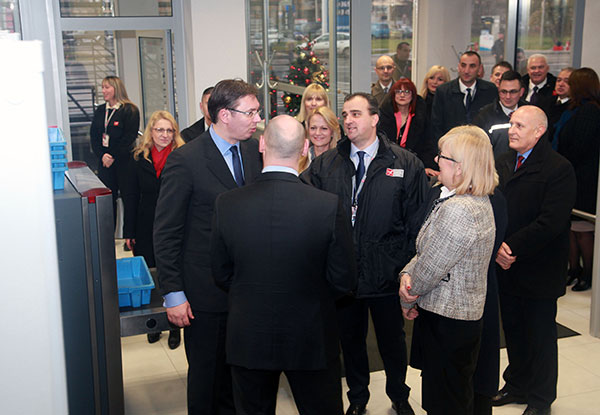