Tour of works on modernization of "Nikola Tesla" airport 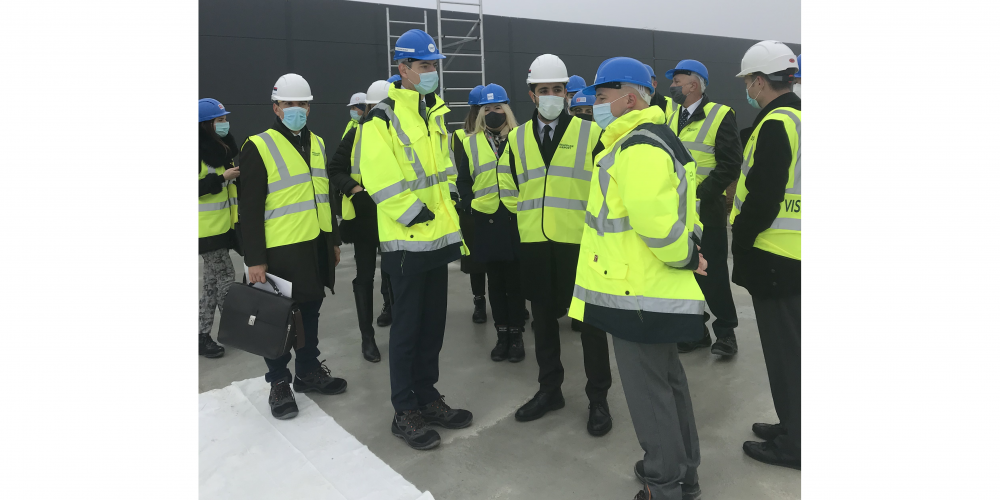 The Director of the Civil Aviation Directorate of the Republic of Serbia, Ms Mirjana Čizmarov, participated on November 26, 2020 together with the Minister of Construction, Transport and Infrastructure Tomislav Momirović and Director General of "Belgrade Airport" Francois Beriz, in the tour of the works on the modernization and construction of the "Nikola Tesla" airport.
The  representatives of the competent institutions visited the works on modernization of the airport, which started this year and include the expansion of the airport's capacity in the form of terminal expansion, runway construction, parking positions and spaces, as well as facilities used for  environment protection.
Among other things, Minister Momirović emphasized that the state will provide maximum support to the development of aviation and airports in the coming period, and that the concessionaire "Vinci" will also contribute, which will make the Belgrade airport the most important passenger and transport hub in Southeast Europe.
Before the start of the tour of the works, the participants were presented with a short presentation by the technical director of the Belgrade Airport, Nikola Brus, which explained in more detail the dynamics of future works, the completion of which is planned for three years.